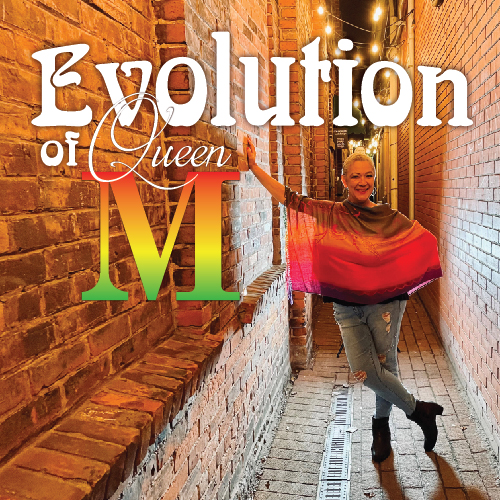 Since she released her debut single “Colour Of Her Skin” in February 2022, the world has
quickly come to know Queen M as one of the powerful new voices in Canadian Soul music. With
her new single, “Evolution Of Queen M,” she shares more of her unique life story, while
simultaneously cranking up the vintage funk with her band, led by producer/guitarist Craig
Smith.
“Colour Of Her Skin” was inspired by her parents’ struggle against racism in Canada during the
1950s and ‘60s, but on “Evolution Of Queen M” she draws from her own traumatic experience of
ending a four decade-long relationship that began when she was just 15 years old.
“I like to think of this as my ‘divorce song,’” she explains. “It’s about reclaiming yourself, which
for me was the result of coming out of literally the only relationship I’ve really ever known. It‘s
about finding the courage to leave and finding the strength to not only survive, but thrive. It is
about finding what truly makes you happy and I have. I barely recognize myself now with my
newfound freedom.”
Gaining that freedom is partly what led Marcia Alderson to transform herself into Queen M, and
create original music for the first time. Based in Collingwood, Ontario, the popular weekend
getaway destination north of Toronto, Alderson built her reputation over the course of many
years performing the music of her two primary influences, Motown and Bob Marley. However,
the end of her marriage, combined with the rise of the Black Lives Matter movement in 2020,
provided the motivation for Alderson to use her powerful voice to speak her truth.
Now as Queen M, she is making up for lost time and joining the ranks of the great contemporary
artists both in Canada and around the world who are carrying the torch for classic Soul Music.